Abu Dhabi Executive Council, in collaboration with the Federal Youth Authority, has announced the formation of the Abu Dhabi Youth Council’s fifth cycle, 2021-2022.

The new council comprises talented young people from various academic and professional fields, reflecting Abu Dhabi’s growing knowledge economy. In their roles as council members, they will be a voice for youth across the UAE and help to launch and implement a broad range of initiatives to educate and empower young people across the UAE.

Members of the council’s fifth cycle are:

Mohammed bin Ahmed Salem Ahmed Ba Obaid, who was born in 1992 and holds a Bachelor of Science degree in Information Technology from Zayed University. He is Section Head in the Accelerators Department of the Social Contributions Authority - Ma’an. Mohammed’s passions are sports and technology. He is also a co-founder and head of Milan Club League in UAE, a community group overseeing several local events and activities.

Issa bin Naser Ali Saleh Al Hammadi, who was born in 1996 and holds a Bachelor of Science degree in Information Technology, specialising in Security and Network Technologies at Zayed University. He is currently IT & Communication Affairs Head with the Khalifa Award for Education. Al Hammadi likes to read about technology, is an active volunteer and won a gold medal in the 2014 UAE Kickboxing Championship. He is currently studying a master’s degree in project management engineering.

Khawla bint Mustafa Mahmoud Al Shingiti, who was born in 1994 and holds a Master’s of Business Management Engineering from Khalifa University. She is currently a trainee analyst with Mubadala Investment Company. Al Shingiti has published a number of research papers at renowned international scientific conferences, including one about the usages of AI. She represented the UAE in the UN Model Sessions in Bahrain and is an active volunteer. Al Shingiti has received a number of awards, including The Chancellor’s Innovation Award, and the Hamdan bin Rashed Award for Distinguished Academic Performance.

Ayesha bin Nasser Sultan Abdullah Al Maamari, who was born in 1995, holds a Master’s of Management of Health Policies from Brandeis University. She is assistant strategic partnerships administrator at Cleveland Clinic Abu Dhabi. She has trained with several international consultancy companies, including Deloitte and McKenzie and participated in the Woman of the Year Award 2019 for organisational financing. She has also been selected as part of a Fulbright scholarship programme for a master’s degree at Brandeis University in Boston, US.

Amira bint Mohammed Abdullah Al Khlaiffi, who was born in 1992, holds a transport engineering degree from Masdar Science & Technology Institute. She is Project Management Specialist with Etihad Rail and a trainee of the National Experts programme in the transport sector, and a member of the graduates’ advisory committee at the Higher Colleges of Technology. Al Khlaiffi is author of a scientific essay stored in the digital library of the Institute of Electricity and Electronic Engineers (IEEE) and is a member of scientific essays’ review committee for the Transport Research Council’s annual meetings.

Reem bint Nasser Saeed Al Otaiba, who was born in 1989, holds two master’s degrees, in international relations and business research, from Abu Dhabi University. She is First Coordinator of Local Added Value and Commercial Affairs at ADNOC, and a board member of the Federal Competitiveness and Statistics Authority (FCSA). Al Otaiba is also a member of several local organisations that support youth and the community.

Abdullah bin Ahmed Jassim Al Hammadi, who was born in 1989, holds a Master’s in Projects Management from Abu Dhabi University. He currently works as a construction engineer at ADNOC Offshore. He is a member of Al Wathba Cycling Team, and has taken part in several cycling events and competitions. 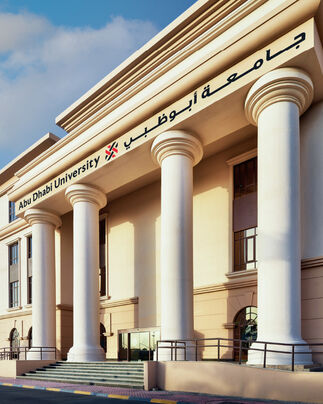