Yas Creative Hub, the home for Abu Dhabi’s media, gaming & entertainment sector, has reached the 95% completion mark, it was revealed today as twofour54 Abu Dhabi also announced that the first units will be ready to hand over to tenants by the end of this year.

The 270,000 sq m (2.9 million sq.ft) sustainable development will be home to a diverse group of global companies, local and independent businesses and freelance professionals. With the number of jobs in Abu Dhabi’s creative industry expected to triple to 16,000 by 2031, Yas Creative Hub has been purpose-built to meet the future needs of this flourishing sector and is one of the assets being developed under Abu Dhabi’s AED 30 billion investment strategy for the Culture and Creative Industries (CCI).

With construction on the project has reached 95% after more than 15 million manhours without Lost Time Incident (LTI), twofour54 today released the first official images of the campus. It also revealed continued high demand for units, with 93% of GLA already leased, and strong interest in the final units on the market from local and regional media and gaming companies.

The company said the 600+ firms set to make Yas Creative Hub their home includes more than 270 SMEs and start-ups, which are the engine of the media and gaming sectors and the drivers of innovation. Among the latest organisations to confirm their move to Yas are mobile gaming developer Boss Bunny, music publishing company PopArabia, critical issues firm Brunswick Group, the Eton Institute training and development centre, production company Bidaya Media, communications firm Edelman, the Korean Cultural Centre, and dmg events, a wholly-owned subsidiary of the Daily Mail and General Trust plc (DMGT) an international portfolio of information, media and events businesses listed on the London Stock Exchange.

They will join household names such as Ubisoft, Vice, Ericsson, Unity Technologies and CNN on campus, as well as new partners including Abu Dhabi’s state broadcaster, which is relocating its headquarters to Yas Creative Hub in a momentous move for the media and entertainment industry.

Michael Garin, CEO of twofour54 Abu Dhabi, said: “Media, entertainment and gaming are growing at an exponential rate globally and in Abu Dhabi, and Yas Creative Hub has been designed with the future of these sectors foremost in mind.

“It offers industry-leading production facilities, next-generation connectivity, digital technologies and flexible workspaces for firms of all sizes, from start-ups to international powerhouses. We are looking forward to welcoming them all to one of the most advanced content creation hubs in the world.”

There will be more than 60,000 sq.ft. (5,500 sq.m) of production and post-production facilities, as well as an AD Gaming Hub featuring the Unity Center of Excellence that provides the game development industry in the region with on-the-ground support and mentorship. The centre is part of a 10-year landmark partnership with Unity Technologies, the world’s leading platform for creating and operating interactive, real-time 3D (RT3D) content.

For more details on Yas Creative Hub, visit yas.twofour54.com and to watch the premiere of the drone footage visit youtube.com/user/2454abudhabi. 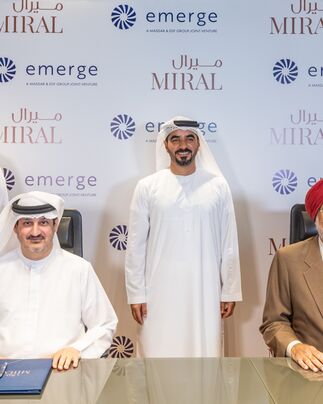 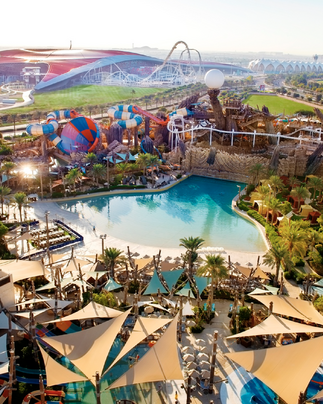