As a result of its scientific and technical abilities

In recognition of its scientific and technical efforts at the regional and international levels, the World Organization for Animal Health (WOAH) has designated the veterinary laboratories of the Abu Dhabi Agriculture and Food Safety Authority (ADAFSA) as a collaborating center for camel diseases in the Middle East, consolidating the UAE's leading position in the biosecurity field.

The resolution was taken during the 89th General Session, the World Assembly of Delegates of WOAH were decided to designate the ADAFSA camel diseases laboratory which was recently established as a collaborating center as a scientific research arm for the WOAH on camel diseases in the Middle East, aiming at promoting rapid response to epidemics and emerging disease situations and expanding the scope of analyses in line with epidemiology of camel diseases in the region.

Her Excellency Mariam bint Mohammed Almheiri, Minister of Climate Change and Environment, expressed her appreciation to OIE for the accreditation that reaffirms the UAE’s active role in enhancing animal health in the region. She also commended ADAFSA’s efforts that have considerably strengthened its ability to safeguard animal health and led to this important achievement.

The Minister noted that due to the vision of the UAE’s wise leadership and under the direction of the UAE President His Highness Sheikh Mohamed bin Zayed Al Nahyan, the country is keen to boost its competitiveness and meet international standards in all fields to help build a better, more sustainable future for the region.

She said: “The accreditation of ADAFSA’s labs as a collaborating centre for camel diseases in the Middle East is the latest addition to the country’s long track record of achievements in animal health protection that also includes Abu Dhabi’s selection to host the OIE regional office in 2019. As animal health is directly linked to public health, safeguarding it is a priority that all concerned authorities, with the Ministry of Climate Change and Environment at the forefront, are working to meet through adopting state-of-the-art technologies and solutions, promoting R&D, and rolling out supporting initiatives and projects.”

H.E. Saeed Al Bahri Al Ameri, Director General of Abu Dhabi Agriculture and Food Safety Authority, affirmed that the designation of the ADAFSA’s veterinary labs as a collaborating centre for camel diseases is an international recognition  of the pioneering  scientific achievements of  the  UAE under the leadership of the His Highness Sheikh Mohamed bin Zayed Al Nahyan (May God bless  him) the President of UAE, pointing out  this achievement is the culmination of the strategic vision of His Highness Sheikh Mansour bin Zayed Al Nahyan, Deputy Prime Minister, Minister of Presidential Affairs, and Chairman of the Board of Directors of the Abu Dhabi Agriculture and Food Safety Authority, by enhancing Emirate of Abu Dhabi and the UAE's role in biosecurity, and achieving the global  leadership in  food security , in addition to enhancing the impact of ADAFSA at the regional and international levels and redrawing the map of camel diseases in the region through genetic characterization of pathogens, which assists the Middle East countries in developing policies and strategies related to the control of disease and prevention, improving the response to animal disease epidemics and strengthening the approach of One Health.

His Excellency stated that the UAE has demonstrated its superiority and positive impact regionally and globally, day after day, thanks to its good leadership, with its credibility, confidence, and integrity, as well as its innovative leadership, which has enabled us to achieve this international recognition, and this achievement exemplifies the efforts of ADAFSA and its veterinary labs..

“We are glad to cooperate with the World Organization for Animal Health (WOAH) and renew our commitment to support all programs and activities necessary to increase livestock development , strengthen biosecurity, and ensure food security for the people of the region and the world,"  He noted that by focusing on camel diseases, the reference center will be able to identify the animal diseases, ensure the effectiveness of vaccination programs, conduct scientific research and field and laboratory studies in the area, and provide scientific and technical consultations and training under the direction of the collaboration  center experts.

Furthermore, we exchange experiences and knowledge in this field by cooperating with international institutions, and we fill the knowledge gap in the field of camel diseases by intensifying and deepening scientific research knowledge and studying mysterious pathological phenomena, revealing the causes of death and controlling it, and benefiting from research outputs in the development of analysis and reagent production.

Her Excellency Dr. Monique Eloit Director General of the World Organization for Animal Health (WOAH) congratulated the UAE on the designation of the ADAFSA’s Veterinary Labs as a collaboration center for camel diseases, noting that this designation was based on scientific criteria, including the efficiency of the ADAFSA's laboratories and its scientific cadres alongside with its ability to help WOAH understand and diagnose camel diseases in the region and the world, improve scientific and technical capabilities, transfer knowledge and expertise among WOAH members around the world and strengthen surveillance and control programs for major camel diseases.

The Director-General of the WOAH praised the significant support provided by the UAE and Abu Dhabi in particular to the World Organization and its assistance in achieving the goals and strategies of the WOAH members at the regional and global levels, stressing the importance of strengthening joint action to consolidate the biosecurity system regionally and globally in light of the increasing challenges associated with the food chain.

The designation of the collaboration center for camel diseases in the UAE is a recognition of the significant role played by the camel sector in enhancing food security and providing products with multiple benefits and reflects the international organization’s appreciation for the UAE’s leading role in all areas of camel production.

It is  worth mentioning that the veterinary laboratories of the Abu Dhabi Agriculture and Food Safety Authority have achieved many international achievements in the field of quality and management of laboratory diagnostic processes, where  they have been accredited as a collaboration center  in the field of quality management systems from the World Organization for Animal Health, an international designation that allow it to play an advisory role and an expertise house that supports the quality system and contributes to knowledge transfer to the WOAH’s members around the world.

The ADAFSA veterinary laboratories contribute to enhancing the biosecurity of the Emirate and responding to the emergency of epidemic diseases, through the diagnosis of diseases in accordance with the latest technologies, laboratory tests on diagnostic samples, disease survey programs, analyses related to vaccine efficiency and immunology determination, in addition to analyses related to livestock development, as well as it has achieved many global, regional and national achievements in the field of disease diagnosis and laboratory analysis. 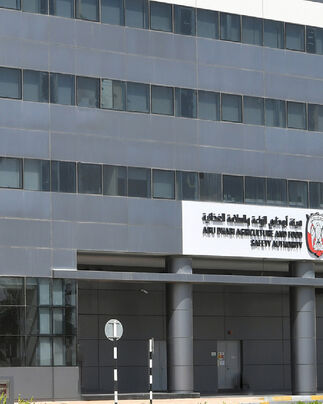 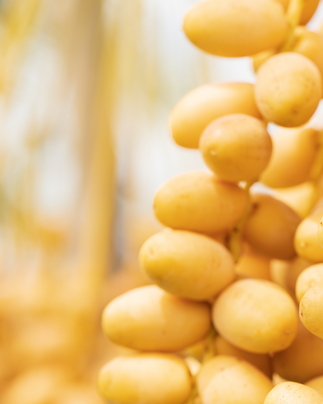