Abu Dhabi Department of Energy (DoE) today announced that the development of its hydrogen policy and regulatory framework aims to accelerate the UAE’s national hydrogen strategy and help the nation attain global leadership in low-carbon and clean hydrogen. For the design of this regulatory framework, the DoE is working with key Abu Dhabi government and private sector stakeholders including ADNOC, Mubadala, Masdar, ADQ, TAQA, Emirates Water and Electricity Company, Abu Dhabi Ports, Ministry of Infrastructure and Energy, Department of Economic Development, Department of Municipalities and Transport, Department of Finance and Environment Agency – Abu Dhabi.

Abu Dhabi Department of Energy’s hydrogen policy and regulatory framework aims to clearly define policies, regulations, standards, and certifications for the emerging hydrogen industry to be globally competitive. Due to the nature of the industry, its wide target markets, emerging industrial forms and functions, growth characteristics of demand, and deeply technical components, a policy and regulatory framework is essential to ensure sustainable developments and to position Abu Dhabi as a leader in the production and usage of hydrogen worldwide. The DoE expects to report on the outcomes of the Policy and the regulatory framework before the end of 2022.

His Excellency Eng. Ahmed Mohammed Belajer Al Rumaithi, Undersecretary of the Abu Dhabi Department of Energy, said: “A vibrant low carbon hydrogen production and consumption industry will place Abu Dhabi and the UAE at the global forefront of countries producing green energy. It can potentially increase low-carbon hydrogen production in Abu Dhabi to more than a million tonnes per annum by 2030. Locally produced hydrogen will act as a driver of innovation and economic diversification, allowing for the decarbonisation of the economy in line with UAE National Energy Strategy 2050,Net Zero commitment and improved energy security & to support the economic, environmental, and social sustainability requirements of the emirate.”

“This is an opportunity for Abu Dhabi, with its abundant solar resources, to contribute to fulfilling a global need that will create new local industries and jobs, offer growth for existing firms, develop new skill sets, and facilitate more research. It will also stimulate more foreign direct investment in the energy sector.”

Climate change and the need for decarbonising economies across the world are driving the pursuit of low-carbon hydrogen technologies as a source of fuel.

The Hydrogen Council reported in 2021 that hydrogen is an aspiration for the world as a future energy source. Over 30 countries have released hydrogen roadmaps, and the industry has announced more than 200 hydrogen projects and ambitious investment plans. Total investments can exceed USD300 billion in hydrogen spending through 2030 – the equivalent of 1.4% of global energy funding.

Given that the industry is at an early stage, technical issues need resolving and effort and investment need to be committed to reducing costs. Additionally, hydrogen operations need standards, regulations, and certifications. International organisations, such as the European Commission, stipulate green hydrogen usage and the standards for its production, ensuring use of clean fuel sources. Countries are also piloting projects to produce green hydrogen and use it for running vehicles.

According to the Hydrogen Council, worldwide production of hydrogen has already reached 70 million tonnes per year but 96% of this is grey hydrogen, produced from steam reformation of methane and costs about USD1 per kg. Blue hydrogen, which relies on carbon capture and storage technologies to remove emissions from grey hydrogen, costs around USD2 per kg. Whereas green hydrogen, produced by electrolysers derived off renewable electricity, costs at least USD4 per kg. Lastly, there is pink hydrogen, produced as an offshoot from nuclear power.

Hydrogen production in the UAE

In Abu Dhabi, hydrogen production is underway as a feedstock for ammonia and industrial processes. However, this is mainly grey hydrogen, for which production relies on natural gas. ADNOC has announced plans to increase its carbon capture capacity five-fold from 800,000 tonnes to five million tonnes by 2030. This will make Abu Dhabi one of the world’s lowest-cost and largest producers of blue hydrogen.

With its abundance of land, water and solar electricity, Abu Dhabi is committed to being a global supplier of green hydrogen. The DoE’s policy and regulatory framework addresses the issue of how Abu Dhabi will produce green hydrogen at a large scale. Many sectors, government departments, ministries, and international bodies are parties of interest that have a stake in hydrogen production and adoption.

Abu Dhabi has a unique competitive advantage as a base for low-carbon hydrogen production with large reserves of natural gas and sunlight. Other advantages include its industrial capacity across the energy value chain, advanced infrastructure, and solid experience in export shipment of flammable materials, central location between large demand markets, and significant financing abilities and enabling foreign investment regulatory frameworks.

Al Rumaithi added: “The UAE announced a high-level Hydrogen Roadmap at COP26 in Glasgow, and the DoE is working closely with all stakeholders to leverage our resources and capabilities to position our country as a world-leading low-carbon hydrogen hub, a key trade partner and supplier of low carbon hydrogen. Among key strategic approaches identified in the framework are global collaboration in research and innovation, and we are open to international partnerships to further build and improve our regulatory and policymaking capacity to drive the low-carbon hydrogen transition. We are exploring opportunities for the exchange of next generation hydrogen technologies with international providers and research institutions.”

The DoE has engaged with diverse entities and government agencies in this critical area for Abu Dhabi's development. All parties are engaged regularly via workshops, meetings, document sharing and consultations. The DoE provides oversight of the industrial framework to ensure that all entities can participate effectively. 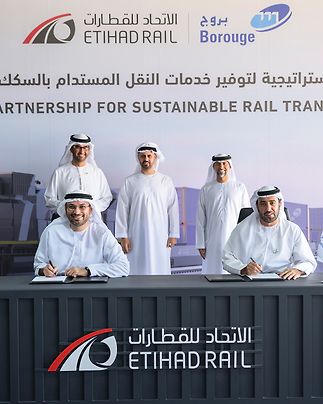 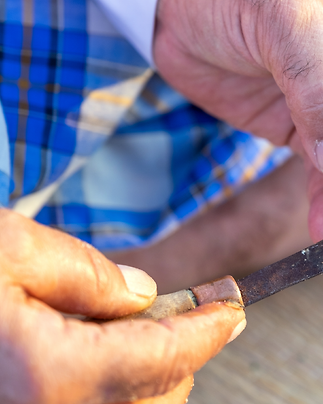 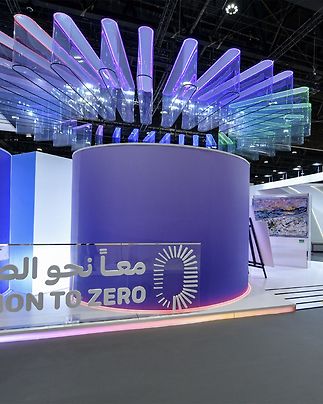