In Abu Dhabi, the value of Abu Dhabi's foreign trade of foodstuffs amounting to AED 7.51 billion during the first five months of this year dated June 2021, in comparison with AED 7.41 billion in the same period of the last year, registering a growth of 1%, reflecting Abu Dhabi's keenness of its commercial activity in general since the beginning of 2021 in accordance with the information issued by the General Administration of Abu Dhabi Customs.

Kingdom of Saudi Arabia maintained its position in the food trade with the most important strategic foreign trade partners of Abu Dhabi during the first five months, with a share of AED 3.37 billion, registering a growth of 3% in comparison with AED 3.29 billion during the same period in 2020.

Dairy and livestock products ranked first in Abu Dhabi food trade at value of more than AED 1.868 billion, then fruits and citruses valued AED 938.54 million, then ingredients of flour and milk at value of more than AED 842 million, then various food ingredients at value of AED 559.67 million within 22 sectors of food items.
On part of H.E. Rashed Lahej Al Mansoori, Director General of the General Administration of Abu Dhabi Customs, said that Abu Dhabi Customs continues its efforts to promote and facilitate movement of food trade through customs ports in Abu Dhabi through highly qualified national personnel as well as digital customs services that meet the needs of all traders, especially foodstuffs, fulfilling the directives of the wise leadership to provide food to meet needs and requirements of UAE society in terms of food and consumable goods.

He added that the General Administration of Customs in Abu Dhabi, in collaboration with the strategic partners of Abu Dhabi, is enhancing efforts to verify safety of foodstuffs and their compliance with health conditions through the timely clearance of all shipments to ensure rapid access to markets in full compliant with the highest standards of quality and in a manner that could promote growth in food trade includes fruits and vegetables, added to meat, poultry, fish and various food products.

The figures mirror volume of Abu Dhabi's trade in foodstuffs that entered Emirati territories by land, sea and air ports, while excluding other items imported through other ports in the UAE.

It is worth noting that Abu Dhabi Customs devotes its primary attention to facilitating of trade in foodstuffs, while continuing to implement the precautionary measures taken by the state to preserve the health and safety of the UAE community, through national highly qualified personnel and advanced technological capabilities that contribute effectively to the timely completion of customs transactions as well as facilitating the movement of trade smoothly in light of its role in maintaining safety and security of the community and addressing any attempts that would cause harm to Emiratis. 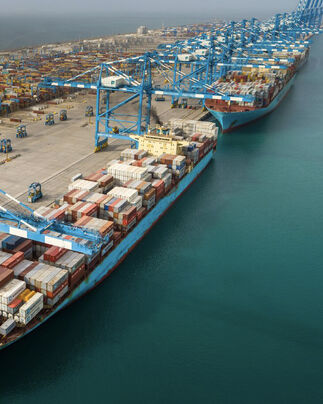 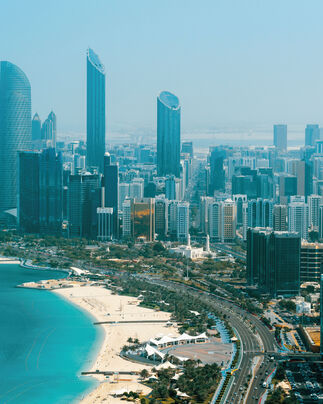 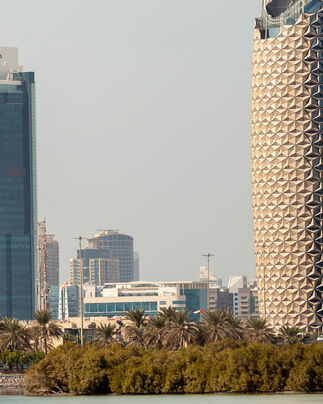