On the directives of Mohamed bin Zayed, Al Dhafra Festival expanded to include additional locations, events and prizes

Festival to start in October, with 289 races, over 2700 prizes, and 4 Camel Mazayna Competitions in the Emirate of Abu Dhabi

Under the patronage of His Highness Sheikh Mohamed bin Zayed Al Nahyan, Crown Prince of Abu Dhabi and Deputy Supreme Commander of the Armed Forces, the 15th edition of Al Dhafra Festival will be held from 28 October, 2021 to 22 January, 2022.

His Highness issued directives to expand the festival to include camel mazayna (beauty contest) competitions in Sweihan, Razeen and Madinat Zayed, in addition to the principal mazayna competition at the Al Dhafra Festival site. He also ordered the total prize money at the festival to be increased to AED 110 million.

The 15th edition of the festival, which coincides with the country's Year of the 50th celebrations, is set to witness widespread interest and increased participation by camel owners in the UAE and GCC countries.

The aims of Al Dhafra Festival include: unifying criteria, terms, conditions, efforts and resources to achieve greater success in all mazayna competitions; increasing the number of participating camels; preserving pure camel breeds, and increasing demand for these breeds; contributing to the development of local and GCC tourism; stimulating economic activity; shedding light on the region; and strengthening Abu Dhabi's status as the destination for camel mazayna locally, regionally and internationally.

His Excellency the Major General also stressed that the unlimited support of His Highness Sheikh Mohamed bin Zayed Al Nahyan for projects preserving UAE heritage has positioned the emirate of Abu Dhabi as a unique model in terms of organising festivals and cultural and heritage programs, and further embedding this region's ancient history in the hearts of its people. Today, Abu Dhabi is the destination for owners of authentic Asayel and Majahim camel breeds, as well as an annual destination for camel mazayna.

His Excellency went on to say that the Cultural and Heritage Festivals and Programs Committee, with the support of the leadership, continues to follow in the footsteps of the founding father, Sheikh Zayed bin Sultan Al Nahyan, toward achieving his comprehensive vision of promoting culture, consolidating Emirati heritage and its values, and emphasising the role of Abu Dhabi in promoting interaction and cultural communication in an effort to spread the UAE’s message of humanity and peaceful coexistence around the world.

For his part, Issa Saif Al Mazrouei, Vice-Chairman of the Cultural and Heritage Festivals and Programs Committee - Abu Dhabi, explained the 15th Edition of Al Dhafra Festival will see four mazayna competitions; in Sweihan, Razeen, Madinat Zayed, and Al Dhafra Festival, during the 2021/2022 camel mazayna season in Abu Dhabi, with a total prize value of AED 110 million distributed over 313 rounds and 2,937 prizes.

Al Mazrouei added that this new edition to the festival will include the launch of the Bairaq Al Emarat Award for Asayel and Majahim camel breeds, with a prize value of AED 6 million. For the first time in mazayna competitions, prizes will be based on a new points system. The festival’s 15th edition will also witness new races for camel mazayna in two categories; hybrid and Wadh, as well as milking competition. These four mazayna competitions are set to witness the participation of over 13,000 camels.

The Vice-Chairman of the Cultural and Heritage Festivals and Programs Committee - Abu Dhabi stressed that all participants and members of the supervisory committees will be subject to preventive and precautionary measures, in coordination with the relevant authorities in Abu Dhabi emirate. Additionally, festival entry shall be limited to those with negative PCR results received through Alhosn app, and those who have already received Covid-19 vaccinations. The organizing committee will also enforce precautionary measures including wearing masks, social distancing, temperature checks, and daily sterilization of all festival sites to ensure the safety of all. 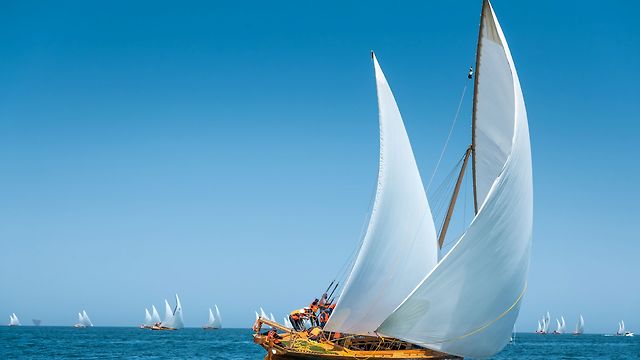