The Abu Dhabi International Book Fair (ADIBF) 2022 has named renowned Egyptian author Taha Hussein as ‘Personality of the Year’ for its 31st edition, which will take place from 23 to 29 May at the Abu Dhabi National Exhibition Centre with high-profile authors, intellectuals and publishers from around the world set to attend.

The fair is organised by the Abu Dhabi Arabic Language Centre (ALC), part of the Department of Culture and Tourism - Abu Dhabi.

Through its ‘Personality of the Year’ the event highlights every year a distinguished literary or intellectual figure that has left an indelible mark on Arab literature, thought, and culture. Hussein’s achievements have stood the test of time, his work still highly influential more than four decades after his passing. The author laid the foundations for an ‘enlightenment’ across the Arab world in the 20th century, and his works remain a fundamental base from which cultural and intellectual initiatives can be launched to further advance the Arabic language and literature.

Saeed Hamdan Al Tunaiji, Acting Executive Director of ALC and Director of Abu Dhabi International Book Fair, said: “Now entering its third decade of operations, the Abu Dhabi International Book Fair 2022 is proud to honour Taha Hussein with its esteemed accolade of ‘Personality of the Year’. About 50 years after his passing, the impact of the renowned Egyptian author’s literary output and intellectual contributions still resonate throughout the Arab world; they remain an invaluable source for scholars and researchers to study the Arabic language and its wealth of knowledge and ideas. As we celebrate this most influential figure, fondly known as the ‘Dean of Arabic Literature’, we have a prime opportunity to introduce his work to wider audiences, and it is our hope that a new generation of readers will discover and be inspired Hussein’s work, a gateway through which to explore their Arabic heritage, culture, and history.”

Abu Dhabi International Book Fair 2022 will have a dedicated ‘Personality of the Year’ pavilion, and will host 4 sessions gathering Arab and international literary critics and writers to shed light on key aspects of Hussein’s intellectual, cultural, and literary output and influence.

The fair will also launch a new book series dedicated to studies and research on the work and life of Hussein, in collaboration with Arab publishers, and will be sponsoring the publication of new editions of the author’s works, and offering a selection of them in audiobook, digital and pictorial formats.

This year ADIBF will host more than 1,000 publishers from 76 countries, with more than 400 different activities targeting different audiences and age groups,  including panel discussions and seminars, poetry evenings, children’s activities, and a wide range of cultural, creative and educational workshops and sessions, in addition to events under the Professional programme for publishers. 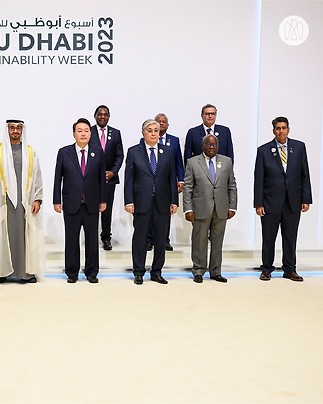