For the First Time in the Middle East and North Africa

For the first time in the Middle East and North Africa, the United Arab Emirates, represented by the Emirate of Abu Dhabi, will host the 2022 Paralympic Shooting World Cup, from November 1 to 15 this year. The international event will be hosted at the shooting range at Al Ain Equestrian, Shooting and Golf Club in Al Ain, organized by Zayed Higher Organization for People of Determination.

Over a thousand participants are expected at the event, including more than 500 athletes, accompanied by their coaches and delegations, representing more than 50 countries from several continents. The International Shooting Committee has decided that 31 athletes will be eligible to participate in Paris 2024 Paralympic Games, based on their performance at the tournament, increasing the motivation for athletes to compete, and the overall importance of this tournament.

Participating athletes will compete in 27 different competitions including male and female categories and both individual and team competitions. These competitions will range from air pressure pistol and fire and rifle air pressure and fire (siktoon) across various distances. For the first time in its history, the tournament will also include official certified shooting competitions for blind athletes.

The tournament competitions are an opportunity for participating athletes to qualify to participate in the 2024 Paralympic Games Paris, and in other international competitions.

Abdullah Abdulalee Al Humaidan, Secretary-General of Zayed Higher Organization for People of Determination, praised the support of our leadership, represented by His Highness Sheikh Khalifa bin Zayed Al Nahyan, President of the State, may God protect him, and his brother, His Highness Sheikh Mohammed bin Rashid Al Maktoum, Vice President and Prime Minister of the State and Ruler of Dubai, may God protect him , and their brothers, the rulers of the Emirates. The success and prosperity of the nation is in the hands of each Emirati, and is a testament to the care and social supports afforded to all Emiratis, especially people of determination, by our nation’s leadership.

He pointed out that the successes achieved by people of determination in regional and international sports are the result of the support of the nation’s leader, particularly His Highness Sheikh Mohamed bin Zayed Al Nahyan, Crown Prince of Abu Dhabi and Deputy Supreme Commander of the Armed Forces, and the main supporter of the sports for people of determination. Our athletes of determination have continually exceeded our expectations, reaffirming their incredible capabilities and their unyielding drive toward success.

The Secretary-General stressed that the tournament comes as a result of the directives of His Highness Sheikh Khalid bin Zayed Al Nahyan, Chairman of the organization’s Board of Directors. These directives are to provide comprehensive support to host an exceptional tournament, especially in light of Abu Dhabi’s previous successes in hosting many international sports events, further bolstering the confidence of the Emirate and the United Arab Emirates.

His Excellency Abdullah Al Humaidan said: “We welcome the hosting of the championship competitions, and we promise the delivery of an exceptional event. The Emirate of Abu Dhabi, represented by Zayed Higher Organization for People of Determination, possesses distinguished national employees with extensive experience gained from organizing and hosting regional and international sports tournaments, particularly in Paralympic shooting, through the organization of five World Cup tournaments. In previous years, the organization received a certificate of appreciation and praise from both the participants and the International Paralympic Committee, which resulted in a direct request from the committee's for the organization to organize the first world championship in the region”.

For her part, Jeslin Breeze, Chairperson of the Technical Committee of the World Paralympic Shooting Championships, expressed her thanks and appreciation to the government and people of the United Arab Emirates, the Emirate of Abu Dhabi and to Zayed Higher Organization for People of Determination for agreeing to organize and host the tournament’s competitions. This important competition marks the conclusion of the sports season, and in light of the success of Abu Dhabi and Zayed Higher Organization for People of Determination in hosting a series of world cup tournaments in previous years, in the welcoming culture of the United Arab Emirate, it is set to be the highlight of the sporting year for the International Shooting Committee.

She added that this year’s tournament, 2022, will differ from previous tournaments as it is the most important tournament in the FIFA calendar, where it is expected that a record number of athletes, delegations and countries will participate for the chance to secure qualification for the Paris Paralympic Games 2024. This expectation will require a tremendous effort from the event organizing committee to ensure the event’s success.

Perez confirmed that the Paralympic Shooting Committee trusts the city of Al Ain and the exemplary facilities of Al Ain Equestrian, Shooting and Golf Clubs, to deliver excellence in the organization and hosting of this event, as the world's most talented athletes of determination look forward to having the opportunity to showcase their skills and test their abilities. She offered her best wishes to all athletes of determination on their journey to achieve sporting excellence.

His Excellency Abdullah Ismail Al Kamali, Executive Director of the People of Determination Sector at Zayed Higher Organization for People of Determination, said that the organization and the Emirate of Abu Dhabi are looking forward to hosting this championship in Al Ain. The hosting of this event marks an opportunity to build upon the unparalleled success of the five previous world cup tournaments hosted here, a success that the Emirate of Abu Dhabi is deeply proud of, as it distinguished the Emirate as an exemplary host of sporting events for people of determination. This tournament also serves as an opportunity for our athletes to once again raise the UAE flag at an international sporting event.

He stressed that Zayed Higher Organization for People of Determination has been implementing a comprehensive plan since the day that Abu Dhabi was confirmed as the championship host and organizer, to ensure optimal organization and preparation for the event. The plans also take into account any global developments, especially in relation to health advisories, to secure the confidence of the International Paralympic Committee and the Shooting Committee, to host a tournament that will be a beacon of excellence, as has come to be expected of the Emirate.

His Excellency Abdullah Al Kamali added that this major global sporting event for people of determination sports will include competitions between the world-leading marksmen and women in an effort to qualify for the Paris 2024 Paralympic Games. We wish our UAE athletes the very best in this upcoming championship, in the hope that they will be successful in securing their qualification for the Paris Games, in light of the outstanding results achieved by the organization’s shooting team in previous tournaments, as representatives of the UAE, the organization and the sport.

During the second-quarter meeting of 2022, 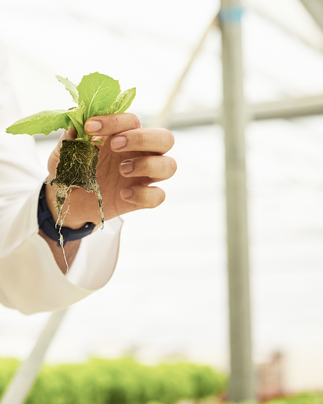