• Unit 2 started up within 12 months of Unit 1, demonstrating safe and steady progress at Barakah

ENEC and Nawah are continuing to define the UAE’s success story with this milestone, which has been achieved within 12 months of the start-up of Unit 1, and within four months of commercial operations of Unit 1. This highlights the significant progress being made in bringing the four units of the Barakah Plant online, in a safe and timely manner, to quickly decarbonize the UAE’s energy sector.

This key milestone marks the point at which the Barakah Plant has become the region’s first multi-unit operating plant, further powering the nation’s economic growth with more clean, reliable and abundant electricity.  The achievement demonstrates the Nation’s extensive megaproject capabilities in the delivery of the UAE Program, which meets all national regulations & international standards, as well as the skills, qualifications and competencies of the Emirati-led teams at Barakah.

His Excellency Mohamed Ibrahim Al Hammadi, Chief Executive Officer of ENEC, said: “We have reached another major milestone in the delivery of the UAE Peaceful Nuclear Energy Program today, as part of our journey to power the UAE with clean, abundant 24/7 electricity. The Barakah Plant supports the sustainable growth and prosperity of the Nation. With the start-up of Unit 2, we are now almost halfway to achieving our goal of supplying up to a quarter of our Nation’s electricity needs and enabling sustainable growth and in parallel, achieving UAE climate change targets.

“With the support and guidance of the wise leadership of the UAE, Barakah has become a case study for the successful delivery of new nuclear programs, establishing the plant as an example for other nations considering the addition of nuclear energy as part of their energy portfolio. Seven out of ten of the world’s most sustainable nations use nuclear energy, which is not only clean, but enhances national energy security and reliability,” he added.

Nawah, the Joint Venture nuclear operations and maintenance subsidiary of ENEC and the Korea Electric Power Corporation (KEPCO), have been safely progressing through a comprehensive testing program, prior to successfully completing the start-up of the second nuclear energy reactor of the Barakah Plant.

Commenting on this achievement for the UAE, Eng. Ali Al Hammadi, Chief Executive Officer of Nawah, said: “It is another momentous occasion for the Barakah Plant, and we congratulate our talented team for completing the safe and successful start-up of Unit 2. Preparations will now continue as we work safely and steadily towards grid connection and eventually the start of commercial operations for the second Unit of the Barakah Plant. We remain committed to ensuring nuclear operational excellence across all of units, and we thank our partners in the UAE and across the globe for their continuous support in helping us achieve these milestones to the highest operating standards.”

Start-up is the first time the unit has produced heat through nuclear fission. The heat is used to create steam, turning a turbine to generate electricity. With the experience of Unit 1 start-up, Nawah’s qualified and licensed team of nuclear operators conducted numerous safety tests on the process and power output of the reactor.

Testing has been undertaken with the continued oversight of the UAE’s independent nuclear regulator, Federal Authority for Nuclear Regulation (FANR), and follows the World Association of Nuclear Operator’s (WANO) completion of a Pre Start-up Review (PSUR), prior to receipt of the Operating License, which ensures Unit 2 is aligned with international best practice in the nuclear energy industry.

In the coming months, Unit 2 will be connected to the national electricity grid and the nuclear operators will continue with a process of gradually raising the power levels, known as Power Ascension Testing (PAT). The process will be continuously monitored and tested until maximum electricity production is reached, while adhering to all regulatory requirements and the highest international standards of safety, quality and security.

By powering hundreds of thousands of businesses and households with abundant, clean electricity from the Barakah Plant, ENEC is leading the largest decarbonization effort in the region. The Plant is also the largest single source of electricity in the UAE through the commercially operating Unit 1 of Barakah.

When fully operational, the four units of the plant will produce 5.6 gigawatts of electricity while preventing the release of more than 21 million tons of carbon emissions every year, equivalent to removing 3.2 million cars off the roads annually, and equivalent to those emissions from charging 7.3 billion smartphones daily. 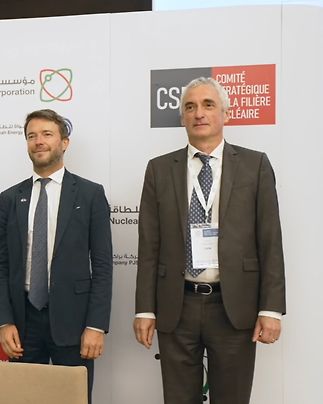 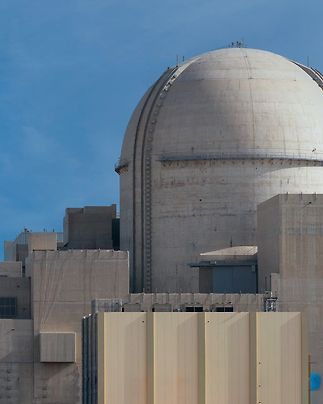 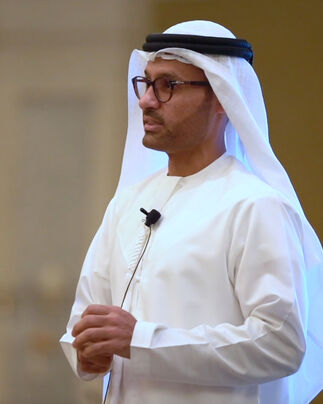 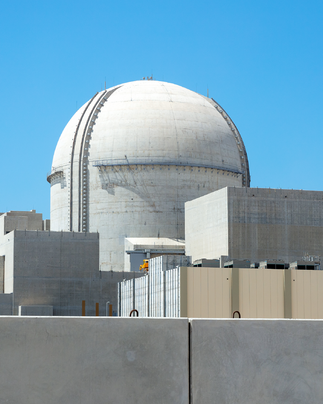