- Signed agreements in place with customers to explore supply opportunities for blue hydrogen and hydrogen carrier fuels, such as blue ammonia

Abu Dhabi National Oil Company (ADNOC) announced today that it will advance a world-scale “blue” ammonia production facility in Ruwais, Abu Dhabi, in the United Arab Emirates (UAE). ADNOC is an early pioneer in the emerging hydrogen market, driving the UAE’s leadership in creating local and international hydrogen value chains, while contributing to economic growth and diversification in the UAE. The facility, which has moved to the design phase, will be developed at the new TA’ZIZ industrial ecosystem and chemicals hub in Ruwais.

Blue ammonia is made from nitrogen and “blue” hydrogen derived from natural gas feedstocks, with the carbon dioxide by-product from hydrogen production captured and stored. Ammonia can be used as a low-carbon fuel across a wide range of industrial applications, including transportation, power generation and industries including steel, cement and fertilizer production. The facility’s capacity will be 1,000 kilotons per annum,

In recent months, ADNOC has signed a number of agreements to explore hydrogen supply opportunities with customers in key demand centers including the Ministry of Economy, Trade and Industry of Japan and Korea’s GS Energy. This builds on the mandate given to ADNOC from the Supreme Petroleum Council in November 2020, to explore opportunities in hydrogen and hydrogen carrier fuels such as blue ammonia, with the ambition to position the UAE as a hydrogen leader. ADNOC is already a major producer of hydrogen and ammonia, with over 300,000 tons of hydrogen produced per annum at the Ruwais Industrial Complex.

His Excellency Dr. Sultan Ahmed Al Jaber, UAE Minister of Industry and Advanced Technology and ADNOC Managing Director and Group CEO, said: “This is a significant milestone in the development of our blue hydrogen and ammonia business, building on the UAE’s strong position as a producer of competitive, low carbon natural gas and our leadership role in carbon capture and underground storage. As we collectively navigate the global energy transition, we believe hydrogen, and its carrier fuels such as ammonia, offer promise and potential as zero carbon energy sources.

“The development also signals that the TA’ZIZ industrial ecosystem is moving ahead at speed in Ruwais. With TA’ZIZ as a key catalyst, we are well placed to further strengthen our position as a leading destination for local and international investment, leveraging technology to further grow the UAE’s advanced manufacturing and industrial base’’.

The  project will build on the UAE’s position as a major producer and reserves holder of natural gas and leadership in Carbon Capture Utilization and Storage (CCUS). CCUS is the use of advanced technology to prevent CO2 from entering the atmosphere after it is expended as a by-product of industrial processes. ADNOC today operates, Al Reyadah, the world’s first fully commercial CO2 facility for the iron and steel industry, and the first commercial-scale carbon capture, utilization, and storage facility in the Middle East.  Each year, Al Reyadah captures up to 800,000 tones of CO2 from local UAE steel production.

Design contracts have been awarded for the initial Front-End Engineering and Design (Pre-FEED) work for the ammonia project and the six additional TA’ZIZ chemicals projects to Wood. In parallel ADNOC will undertake a feasibility study on the supply of blue hydrogen to the project from its operations in Ruwais. The final investment decision for the project is expected in 2022, and start-up is targeted for 2025.

Since its launch in November 2020, TA’ZIZ has made significant progress. Development activities at the site have moved forward, with land and marine surveys already completed.  Considerable interest has been received from local and international investors in opportunities across the entire ecosystem and value chain, and agreements with the first phase of investors are nearing finalization. 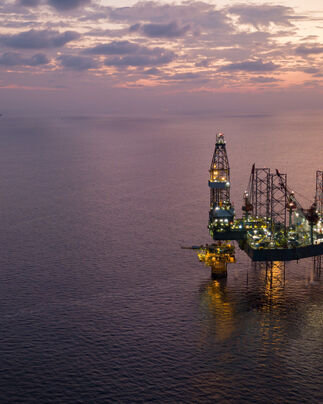 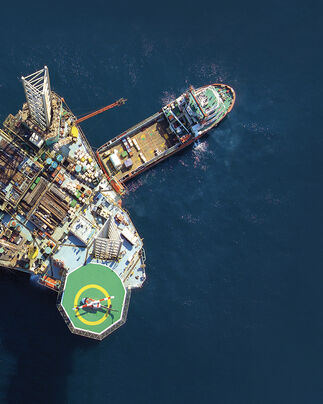 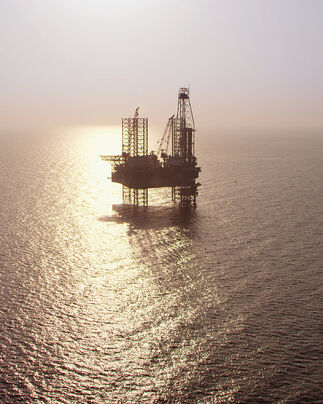