Grand Imam Tells Zayed Award Judging Committee: You Have A Golden Opportunity To Create A World Where Love, Affection And Goodness Prevail

His Eminence the Grand Imam of Al-Azhar Professor Ahmed Al-Tayeb met with the judging committee for the Zayed Award for Human Fraternity (ZAHF) 2022, the third round of the award, on Thursday, in Rome, Italy.

During the meeting, the Grand Imam urged the judging committee to advance with their work the global humanitarian project of human fraternity, which goes beyond the limits of religion and geography, and encourages pioneering examples that promote peaceful coexistence, tolerance, peace, and human fraternity.

During the meeting, the Grand Imam urged the members of the judging committee to move forward with their work on the global humanitarian project of human fraternity, stressing that the Document on Human Fraternity was never directed to a specific religion or a specific ethnicity and nationality, but rather to all humans regardless of race, religion, or color. The Grand Imam emphasized that differences are because of divine wisdom, and if God wanted us to be similar, He would have created us without differences, and so difference will remain a principle for humankind until the Day of Resurrection, and God has established fraternity as a principle governing the relationship between diverse peoples. The Grand Imam warned that if we deviate from these principles, we violate divine wisdom and our future will be lost.

The Grand Imam stated that the world has lived through wars and tragedies, especially in the Middle East and Africa, which are still suffering, adding, “I am on the verge of tears when I see the scenes of the homeless, refugees, the poor, and children dying in the hands of their mothers. You must bear these scenes in mind and harness your efforts to help people. You have a golden opportunity to participate in changing this world to a world where love, affection and goodness prevail.”

The jury affirmed that the values outlined in the Document will serve as a source of guidance for them during the selection of the winners of the third round of the Zayed Award for Human Fraternity 2022.

The members of the jury underscored that it is not possible to comprehend the value of the Zayed Award without understanding the value of human fraternity, noting that their mission is not limited to choosing the honorees, but rather to create role models for the world to follow in their footsteps, spreading the values of peace and fraternity. The Grand Imam said that human fraternity is not limited to solely human interaction, but also in relations with inanimate objects, animals, plants and the environment in which humanity lives, and said that it is humankind’s responsibility to protect and preserve nature.

The committee members added: “We will do everything in our power to help the most marginalized and underrepresented groups. We will try to make this world better for the poor, the homeless, women, and children. We promise to do our work with complete impartiality, and our work will be a reflection of the values enshrined in the Document on Human Fraternity. It is time for us to unite. We all have the courage to turn the page on differences and open a new page for the benefit of mankind.”

Following the meeting, Judge Abdelsalam said: “The 2022 judging committee is eager to contribute to the path of human fraternity paved by His Eminence the Grand Imam of Al-Azhar, alongside His Holiness Pope Francis, who were both chosen as honorary co-recipients of the 2019 award. Our jury has a responsibility to select worthy 2022 honoree(s) who embody the human fraternity values established and presented to our world by these two great religious figures.”

The Zayed Award for Human Fraternity is a global independent award recognizing individuals and entities making profound contributions to human progress and peaceful coexistence. It is awarded annually by the HCHF on February 4 – the UN-recognized International Day for Human Fraternity, which marks the anniversary of signing the Document on Human Fraternity. The award is named in honor of the late Sheikh Zayed bin Sultan Al Nahyan, the founder of the United Arab Emirates. The values the award celebrates reflect Sheikh Zayed’s dedication to working closely with people from all backgrounds, his moral legacy, humanitarianism, and respect for others and helping them, regardless of their religion, gender, race, or nationality.

The Grand Imam has praised the Zayed Award as being “a global initiative to achieve the objectives of the Document on Human Fraternity.”

On Wednesday, the judging committee of the ZAHF 2022 met with Pope Francis, head of the Catholic Church, in the Vatican. The committee also convened its first in-person meeting to discuss the evaluation mechanisms it will follow in identifying the honorees of the 2022 award. 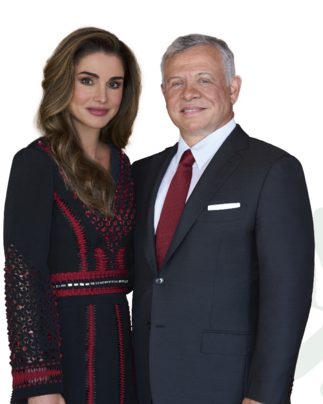 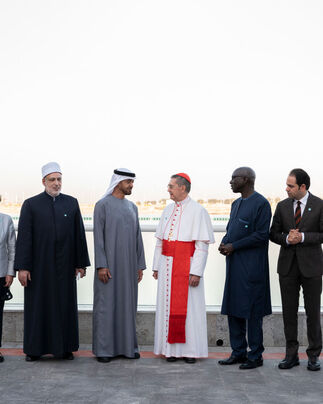 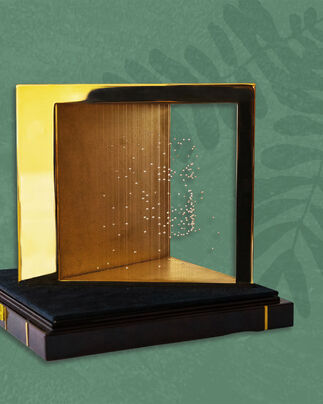