Held under the patronage of Mohamed bin Zayed

ADIBF brings together 1,130 publishers from more than 80 countries taking part in 650 cultural, creative and educational events

The opening ceremony was attended by HE Dr Ahmad Belhoul Al Falasi, Minister of Education; HE Noura Bint Mohammed Al Kaabi, Minister of Culture and Youth; HE Suhail Mohamed Al Mazrouei, Minister of Energy and Infrastructure; HE Sara Musallam, Minister of State for Early Education; HE Mohamed Khalifa Al Mubarak, Chairman of DCT Abu Dhabi; HE Saood Abdulaziz Al Hosani, Undersecretary of DCT Abu Dhabi; HE Dr Ali Bin Tamim, Chairman of the ALC; and HE Saeed Hamdan Al Tunaiji, Acting Executive Director of the ALC and Director of ADIBF, along with a host of academics, experts and book enthusiasts.

As part of his tour, HH Sheikh Saif bin Zayed visited the German pavilion. For the second year running, Germany is the fair’s guest of honour. His Highness was also briefed on a number of local, Arab and international pavilions and publishing houses participating in this year’s edition.

A significant part of the ADIBF 2022 programme was devoted to promoting notable literary and intellectual works from Germany. The agenda includes panel discussions that bring together prominent German writers, intellectuals and thinkers, who will introduce the audience to the country’s culture and leading cultural figures, in addition to showcasing the most important German literary, cultural and artistic works.

HE Mohamed Khalifa Al Mubarak, Chairman of DCT Abu Dhabi, said: “Exhibitions have always been a powerful means to share knowledge between civilisations, as a showcase for the achievements of talents in an ever-changing world. With the guidance of our leadership, we support creative talents by providing opportunities to engage them in the cultural landscape and ensure the continuity of their work from generation to generation. We are inspired in the UAE by the ideas of the late Founding Father, Sheikh Zayed bin Sultan al Nahyan, to preserve and protect our Arabic language and promote the culture and creative industries. We continue to establish the UAE capital as a global cultural centre, combining our Arab identity with an openness to other cultures to create a place of significant cross-cultural dialogue, and a bridge of communication between civilisations.”

HE Dr Bin Tamim, Chairman of the ALC, said: “We are now celebrating more than three decades of this grand cultural event, which was the first step in our efforts to empower individuals with science, knowledge, creativity. The Abu International Book Fair has established itself as a beacon of the civilisation, just as the UAE’s Founding Father, the late Sheikh Zayed bin Sultan Al Nahyan had intended for it to be. We take this opportunity to reaffirm the role of culture and books in building bridges between different cultures and civilisations, and in supporting the publishing sector and the book industry, which we consider to be the cornerstone of societies and the engine of their prosperity.”

“This year’s edition of the Fair is set to welcome a large number of publishers, intellectuals, and creators from around the world, which reflects the great confidence the industry now places in the exhibition, and firmly positions ADIBF as a leading event on the Arab and international culture map.”

ADIBF 2022 offers the audience a diverse agenda with various dedicated corners, including the main stage, the youth platform, business lobby, lifestyle corner, and arts corner, which offer a range of panel discussions, seminars, and literary, cultural and academic events.

This year’s event will also include a wide range of educational events and activities tailored to children, presented by a group of academics and experts. Meanwhile, Guest of Honour Germany has a busy programme to be hosted at its pavilion, packed with cultural events with nearly 80 publishers, intellectuals and creators taking part in 40 cultural and professional sessions, including a screening of a selection of German films based on books. Visitors will also be invited to explore the works of poet, author, playwright, and novelist Johann Wolfgang von Goethe, while a visual narration at the pavilion also introduces them to the long and illustrious German tradition of creativity and literature.

ADIBF’s 31st edition will also roll out a new programme, Taha Hussein…Reading is Seeing, dedicated to the fair’s ‘Personality of the Year’ Dr. Taha Hussein, in recognition of the esteemed Egyptian author’s significant influence in the fields of culture, thought, knowledge, and creativity, among others. 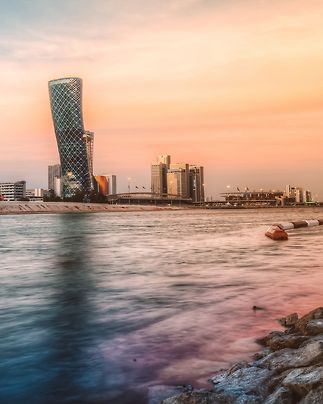 ADNEC to host leading international conferences and exhibitions during 2023