The Abu Dhabi Arabic Language Centre (ALC), part of the Department of Culture and Tourism – Abu Dhabi (DCT Abu Dhabi), has signed a Memorandum of Understanding (MoU) with the Abu Dhabi Early Childhood Authority to enrich Arabic content and boost the production of children’s literature.

The agreement aims to strengthen collaboration between the two entities to promote the Arabic language and enhance its presence in the local and international children’s literature scenes. This supports the common strategic objectives of both parties, who will work together on publishing and translating childhood-related content.

HE Dr Ali bin Tamim, Chairman of the ALC, said: “At the Abu Dhabi Arabic Language Centre, we are strongly committed to strengthening partnerships with government entities to further support the Arabic language and promote its use in various content creation fields. Children’s literature is important around the world as it is a vital educational platform for the young to learn, and grasp the knowledge needed to build on their reading skills and an understanding of Arabic culture.

“Through this partnership with the Abu Dhabi Early Childhood Authority, we will be working to unite efforts to produce creative cultural projects that emphasise positive principles and constructive behaviours. We aim to broaden children’s imagination, offering them literary role models to inspire them to produce their own works in the future.”

The MoU covers multiple areas of cooperation, including the production of literature for children, digital promotion and marketing of joint cultural projects across various platforms, development of digital technologies to support the Arabic language, and academic research to strengthen the language.

HE Sana Mohamad Suhail, Director General of Abu Dhabi Early Childhood Authority, said: “By partnering with the Abu Dhabi Arabic Language Centre, we aim to enrich early childhood Arabic content with new scientific, cultural, and entertainment material that resonates with the UAE’s values and principles, moulds children’s character, and empowers them to grow in various fields. It also allows us to strengthen children’s linguistic and psychological sides, shaping their interests and directions in the earliest years of their lives, and embedding positive traits and values in them early on.”

H.E. underlined the importance of this partnership in strengthening knowledge production and developing cultural projects to support children’s literature, in line with the directives of the wise leadership to prepare children for the future, as well as to empower researchers, academics, and establishments that support children and the community as a whole; ensure their access to best-in-class resources; and introduce them to skills and best practices related to early childhood development.

The Abu Dhabi Early Childhood Authority supports the comprehensive development of children from before they are born until the age of eight. The Authority sets policies and proposes laws and legislation based on scientific research to boost childrens’ development and growth. It focuses on several key sectors, including health and nutrition, child protection, family support, and early education and care.

The Abu Dhabi Arabic Language Centre aims to promote the Arabic language with general strategies to advance it across scientific, educational, cultural, and creative fields, in addition to promoting communication in and mastery of the Arabic language at the local and international levels. The ALC also supports Arab talents in the fields of writing, translation, publishing, scientific research, audio-visual content production, and organising book fairs. 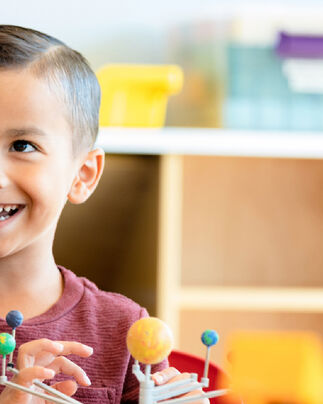